30 Dec Drug use in rural Australia

“To be frank it scares me,” says Melissa* in response to a new study on soaring rural drug deaths. The new findings from University of New England researcher Dr Katinka van de Ven, state that drug-related deaths have increased twice as fast in rural Australia because of poor access to drug-treatment services.

Drug-related deaths in the country

Australia’s drug deaths are nothing new, but the gap between city and rural locations appear to be widening year on year.

“I know I didn’t get help in Orange, NSW, because everyone knows each other’s business,” says Melissa.

Having grown up in the rural town herself, and now raising children there, meant she didn’t want to be exposed as an “addict.”

For a long period of time – years in fact – the prospect of people knowing how much she was drinking, or that she was using drugs – prevented her getting treatment.

“My partner kept asking me to see our local GP, but what on earth can a GP do besides tell me to curb my drinking?” says Melissa.

“I just didn’t feel like it was worth my time, and I was certainly not going to tell him I was using ice. There’s one option I could find.. but it’s for people on Centrelink. And, it’s small with about ten beds and it just didn’t look like it had a very good standard.”

“I’m not homeless or on the dole. I’m a homeowner who volunteers. I am a mum who never misses school pickups,” says Melissa.

She has a part-time job in administration, so she can balance being at home with her own kids who are young teenagers. 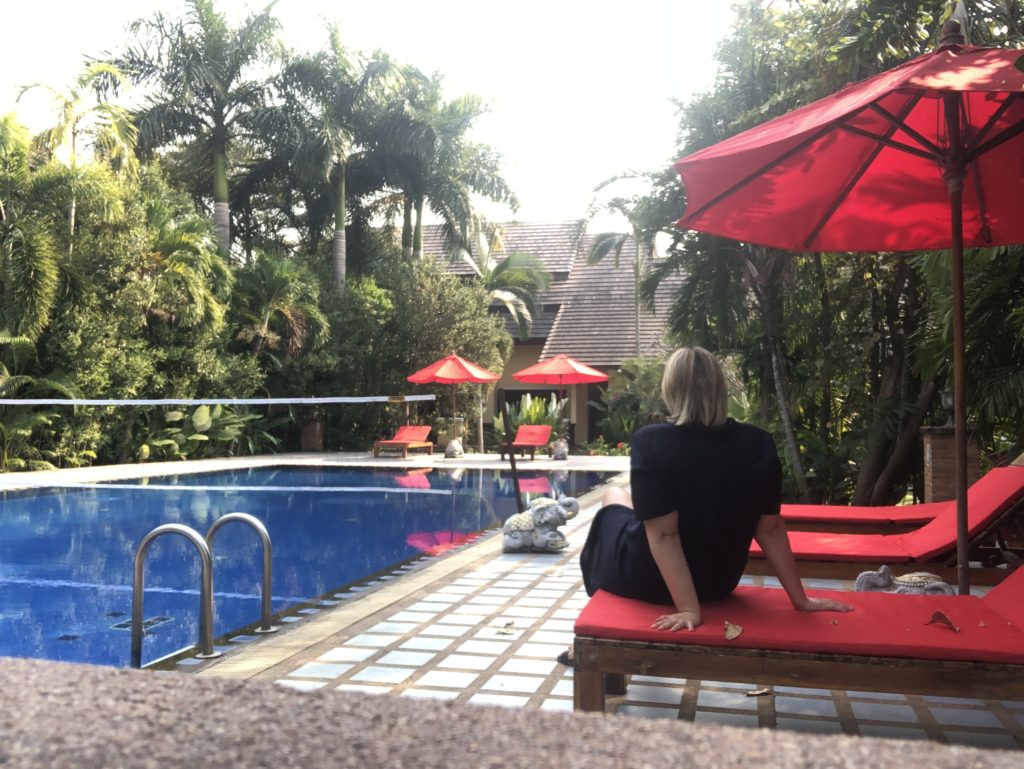 Melissa didn’t get help in Orange, NSW, because of the “damage it would do to me and my family.” Now, she is in Lanna Rehab for 2 months for treatment for anxiety, alcoholism and drug use.

“Like many of the clients we have at Lanna Rehab, Melissa is well-educated and in most areas of her life a high-performer. Addiction is much more widespread than people think. The sooner they can rid of the image that it’s exclusively for homeless people, the better, because that preconception prevents people from getting treatment,” says Martin Peters, Group Clinical Director.

“Melissa is here because she genuinely wants to change her life, and that’s what we’re here to help her do.”

How do people in rural areas start using drugs?

The short answer is we don’t know. “The studies on rural Australian drug-use are only starting to emerge and the data we have seen doesn’t highlight how addictions develop in rural areas, as opposed to city settings,” says Dr. Hanan J Whelan Al-Said.

In Melissa’s case she had a problematic relationship on and off for years before she started using ice.

“I never labelled myself an ‘alcoholic’, but when I was sad or something wasn’t going well I would drink. I would send the kids to school, open a bottle of wine and go about my day with a glass in my hand. It wasn’t as though I would pass out every night, but it also wasn’t something I liked about myself.”

When Melissa was stressed her drinking worsened.

“Every few months I would get really worried about something – usually money – and I’d do a number on myself. Those were the nights my partner would lecture me because no one wants to watch someone hurt themselves.”

It was on one of those nights that she tried smoking ice for the first time.

“It’s a bit of a blur, but my judgement was most definitely impaired from drinking and I was with people I didn’t know very well…. I have an addictive personality so for me, trying ice once, made me addicted. I blame myself but from what I read after, I’m not alone in that. It’s a very addictive drug.”

Why are people in rural areas dying at a higher rate?

Dr Katinka van de Ven is quoted in The Canberra Times as saying that “every year between 200,000 and 500,000 people go without help for drug and alcohol use.”

Lack of access to treatment centres and lack of anonymity were key in her findings.

“In comparison there are more per capita treatment options in cities. I’ve heard some stories from clients where they’ve left rural Australian towns to go for a week away to the city to talk to a doctor because they expected to feel less judgement. I’m not sure how well versed GPs are in addiction though, so it’s hard to know if a country or city doctor would give you a more helpful response.”

In contrast Keith was living in inner city suburb Manly, NSW. He had more access to health care – but he still chose to come to Lanna Rehab in Thailand for treatment.

“I have anxiety. It’s what drove me to drinking and later to ice. I know that now,” says Melissa. But, in the rural area she lived,”there aren’t as many mental health care options… and maybe it’s my generation too, but I didn’t know the word ‘anxiety’ was the word to describe how I was feeling.”

Melissa knows now that she was self-medicating her anxiety with alcohol.

The reason clients at Lanna Rehab see a mental health profession throughout their stay is so they can address the underlying reasons they are using drugs or alcohol.

“In many ways that’s why the community experience people have in rehab is so important. They typically spend a couple of months. In that time they go on excursions together – for a day out to an elephant sanctuary or kayaking. They bond over meals. Everyone talks about their lives back home and they regain a sense of joy in their day-to-day. Doing that without drugs and alcohol, and importantly – away from the environment they used in – makes such a difference. Some of our clients can have a drug problem for a decade of their lives before they come to us for help. Those two months gives them a chance to remember who they were before drugs.” 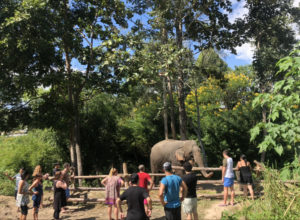 The program is individualised around client needs. That includes the program length. In some cases stays of 4 weeks suffice, but in other cases clients stay closer to 3 months. Their program always includes therapy and personal training. It can also include meditation, yoga, Tibetan singing bowls, Reiki and additional psychotherapies like EMDR. This is tailored to each client, to give them to experience and result they are driving for.

If you can relate to Melissa’s story you might need help. To enquire about the Lanna Rehab program for yourself, a friend or family member – Simply complete the form below.